As I sit quietly I begin to smell poetry... 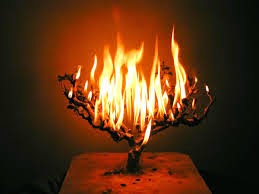 All Quiet on the McGuire front.

Things are about to get a bit noisier. At least for the summer. The new collection is out. It includes stories and poetry. It is a much darker edifice than 'Everybody lie down and no one gets hurt.' The subjects differ wildly - Scotland, Scottishness, Masculinity, Sexuality, Madness, Fruit and Vege, Pornography and a lot more. Originally I thought this collection was all about SECRECY but after much editing and wrestling with subject matter I can say this collection is much more concerned with Scotland,-Identity-Sexuality-Madness. Secrecy has its place, indeed, it is the unwitting master behind most of this book, but Secrecy is not so prevalent and I ditched the original title 'The Secret Service' for something a bit longer (in the same spirit as 'Everybody lie down and no one gets hurt.') Which will be revealed in a matter of weeks.

Summer should be wild. Talking Heids has an LGBT night every week in August at Sofi's Bar. There will be a host of shows, poetry readings from many of the poets of Scotland, U.K. and abroad during the Festival, the Fringe and the Free Fringe.

There will be BBC Slam which is sure to be intense and new powerhouses of poetic performance dominate the scenery - Loud Poets and Sam Small, to name only a few!

So keep yours bra on, your boxer's clean, because we are about to pick up speed and rant at the wind!

Don't forget you can still order copies of 'Everybody lie down and no one gets hurt.'

Tis for you alone this gift for all.