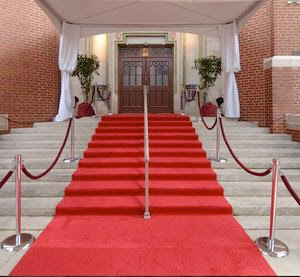 Colin McGuire, you're glorious, you're smouldering,
you're Adonis on the beach, honey glazed, apple bottomed,
speedo adorned, boy of the century.

You are The Great Wall of China, The Shining Path,
The Nation of Islam, you are the help line
for abused and abandoned children of Nations.

You are E = MC2 times the speed of light,
you are the galaxy of Andromeda,
you are a clear night sky framing a chandelier of stars.

Your eyes, bright lights upon a cliff,
guide ships to shore. Your mouth, wide open,
is for orphaned birds to nest and soar.

You guide planes to land
in your park sized back garden,
with your massive luminous hands.

You're the Edinburgh Playhouse on fire.
You are a scatter of atoms raining under lamp light.
You are twelve months of the calender.

You're all the rivers converging to meet the ocean,
the streams, the puddles, the rain drop, the moisture.
McGuire you are the entire process of rainfall.

You commune with the Angels and Cherubs
who doze to the sound of your harp
in an apple orchard in Eden.

Colin McGuire, you are the hand of God,
trembling slightly,
as it accepts the award for lifetime achievements.

*Work to be done.

At the other table.

I have two eyes.
He has three.
We glance at each other,
awkwardly.
She orders coffee.
I order tea.
We drink together,
silently.
Posted by McGuire at 7:10 am 6 comments:

'Don't go to the station. Just get a taxi.' She explains. So I go to the taxi rank. 'How far to Reggio Emilia?' I ask the first driver. '100KM = 100Euros.' I nod, and put my bag into the boot. We set off in the air conditioned taxi from Bologna heading for Reggio Emilia. I take a moment to orient myself, look out the window, at the unfamiliar city passing by. Take the time to acknowledge I'm in Italy barely an hour since landing. Then, blank as a donkey, I stop to consider the meaning of that hurried mobile conversation.

15 Euros it cost to take me nowhere and back, under a Sun that does not care and never could, and has nothing to do with public transportation. I get out of the taxi, the driver kindly brings me the bag, and leaves, I stretch in the Sun's oven, and pray for a bottle of water. 'Grazie tanto' I say to the driver. 'Niente' he says, and winks. Camomile skinned, smooth bald head, mid 30's. Bologna is a gay friendly city. Who cares? I do, now that I'm no longer ironing my mind to the impressions others may have of me.

So, off I go, needing Lassie, littlest Hobo, Flipper, to rescue me from Italy, to intuit where the correct train is, to guide me to Reggio, to help revise advanced English grammar. I get the train, sit down, talk with the man beside me. We do not understand each other particularly well. Meaning, we understand each other perfectly well. He speaks Italian, some broken English about Reggio Emilia being the stop after Modena. I speak English, some broken Italian, thanking him for the clarification.

I settle in for the ride past dry corn yellow fields, past industrial factories, and old men on ladders in Olive groves, nona's fanning themselves in deck chairs, and the firm buttocks of a guy ,
each cheek like a sand dune in a desert, down by a river. Someone is very angry with the train. It arrived late, he 's so angry he rolls tobacco, tobacco, tobacco, which is forbidden in the train, and a mother, in a hushed voice of quiet concern, asks him to put it out for the sake of the children for this Mother believes that children are cursed when they breathe in cigarette smoke for the first time.

I dream through the window. Imagine rail lines precise as a sentences, the rhythm of the wheels running through the countryside like syllabic stresses. To think in five days I must give direction to a horde of twenty screaming children. I play the role of teacher, they reluctant language learners. Life is an error, I think and rest my head on the head rest, laugh quietly to myself in a manner which is understood immediately in every language. I tilt my head back and close my eyes, waiting for the lessons ahead to teach me what I am missing.


-Rapid notation of something that will be worked on, should this be made into a short story. It's a horrible mess, I should wait and post it, what's the rush, Jim once asked? There isn't one, sometimes I think the internet is my downfall. I post it online, rather than sculpt on the page. Will I learn better practices? YES.

I'm in Italy again, two months this time, in the North, a place called Reggio Emilia, it is very small Artisan city. I can cylce around the old city in a loop within about 15minutes. It's lovely, civilised. I live in a beautiful house, with a mother and her daughter. I'm working out. I eat well. I'm teaching at a summer camp, which doesn't have an academic focus, so much as activity and basic language aim. All in all, things are going well.
Posted by McGuire at 6:16 am 18 comments:

It is summer and the young tree
has dyed its leaves pink,
in the latest fashion of the magazines.
Summer liberal, drunk experiment,
dope smoking moment, shhhh,
don't tell mumdad time.

Streets lined with pink haired trees.
Ah, so sweet, if only they knew,
winter governed their choices.
Still, summer is a sweet angle
to view life from. Young for a day.
Posted by McGuire at 3:37 am 2 comments:

Wrap the children in white. 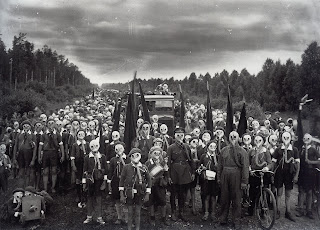 Send all your children out in white underwear
into the street before the carpet bombing.
Bring your babies out swaddled in white linen
in a procession of white prams.
Grandmothers and Mothers spread the white
family bed sheets flapping in canopy through the streets.

Men, pour the paint spill it over the wall,
roof and pavement in brilliant white.
Call the mechanics of the community;
Fathers and Sons, respray your cars:
Bone white, vanilla white, ice white,
then drag race in your thousands through the city.

Families unscrew the milk, leave hundreds of glasses
on hundreds of white on hundreds of tables in parks of green.
Rally the florists, line every gutter, decorate every tree
with white Roses, Gardenias, Orchids, Hydrangeas,
Wisteria, let the garlands hang empty and white.

Boys and girls, let hundreds of white footballs
pin pong through the streets, let fire extinguishers run
through with their white breath. Bakers let your sacks of flour
smoke through the air.

When the enemies of sleep come to put us to bed permanently
they will see clouds of white citizens in robes of Jesus,
in a City, for once, the colour of an ideal.

This is the day. The approaching bombers
will be blinded by the nuclear white landscape
by us all coming together in Universal whiteness.

Wild horse poems that bolt from the stable. 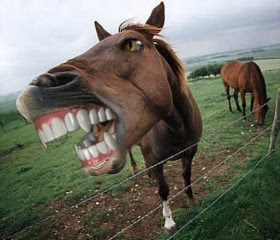 Between the easy road of under achievement and the hard road of craftmanship, sits the learner, with a pencil worn down to the erazer. - McGuire.
Tepid is the life
which has not learned
the technicality
of its craft.

On fire is the life
which doesn't care
about its error.

Passion without skill
is a run away horse.

The rise of the idiots - Nathan Barley.
My Dada is teacher at college
can't use grammar proper
and senior lady tell him
wrong-wrong-wrong, he snorts
like an Elephant feels strong,
roars like a Tiger in his private mind,
feeling inadequate but I say Dada
you is 53 you has had all of life
to learn the present continuous
and all the pins and needles
of the fretwork of grammar and
language, but he pats my head
rubs my hair, says he is busy.
And I think to myself maybe
on his tombstone
I will put a to do list.
Posted by McGuire at 1:19 pm 4 comments:

People are surprised to find out that an awful lot of people think that they're idiots. - Eric Shmidt.

Me want to write so bad
but no time to learn grammar
me scribble best effort and
leave it on internet for no-one to read.

Me no time to build a page of prose
me no patience to be page doctor.
Me write only best effort and leave
on square screen for praise from no-one.

Everything I write is already Shakespeare
because no hard work required anymore.
We are so developed no longer need
to know technicality of technique.

Man has eaten too much knowledge
and not metabolised understanding
stomach burn and rumble now
man must hold back its content.
Here come the next generation,
the McGonagall's of illiterature.
Disciples of illiterati scribbling
mistakes they are proud of.

I could have kept this in my drawer but, I like the spirit of it, the lack of Einstein, of course working toward stronger writing is necessary, but what's the problem with pouring out some chaos? So, there it is.
Posted by McGuire at 7:29 am 9 comments: 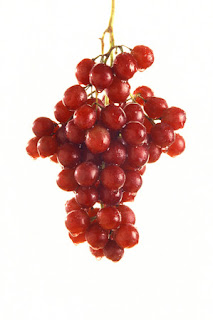