Greasy spoon
The cigarette coughs and splurts ash
into the coffee cup. The coffee
splashes in shock. The table cloth
is ruined and she'll have to wash her
dress. The breakfast was a near miss.
The table had nothing to do with it.
And the chairs, straight backed,
look unimpressed. 'You should give up
those bloody cigarettes George, they're
more bother than their worth.'
Posted by McGuire at 6:34 am 15 comments:

When I was a girl. 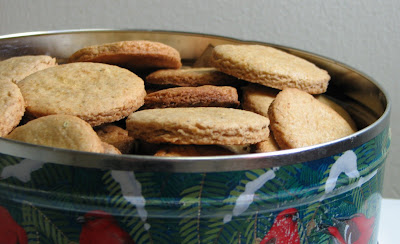 Five children sun about in the sun,
searching for their mother
who has fallen asleep in the
back garden with slight sunburn.
They will sneak into the kitchen
and steal three biscuits from the biscuit tin.

A Peculiar History of the Banana.

Bananas were once shaped like penises and there was once a man who was averse to eating bananas in their ithyphallic form - as he put it. This man had spent most of his adult life running a local fruit and vegetable shop in central London. Every time he had to eat a banana, he would peel it, revealing the naked yellow centre, then quickly slice the entire banana into discs, dispose of the skin, and eat them one at a time or often as additional ingredient for desserts.

'Like a sweetie' he said 'not like a penis at all'. Like sliced daisy heads. This gave him some feeling of security. He claimed that women loved to eat bananas and that a banana was naturally for women. Any man who ate banana without slicing it into little discs was 'highly suspicious', prone to effeminacy, lecherous deeds, and should not be trusted in friendship, marriage or financial matters.

The central aim was to deconstruct the banana in phallic form; not simply in shape, there was a psychological motive at work, the man believed Bananas imposed upon the eater certain perverse suggestions. Possibly, encouraging people to partake in promiscuous acts, the latent promiscuity of bananas was dangerous. He wanted to pull down the obelisks. So to speak. Keep power inside the suit trousers.

The man found ideological interest from Christian Evangelists, The Institute of Absolute Masculinity, realmenarenoteffeminate.co.uk, Builders and Tough Boy Humour Unions. They supported the idea, believed masculinity must be rescued from saturation in effeminate sexuality; some provided funding for the man. While supermarkets showed interest in marketing possibilities the sliced banana would bring to the passive consumer as a sensible alternative to the banana. So, with this interest, he refined the process, creating dried bananas, freeze dried banana, even choosing to coat some with honey or sugar. Now was the time to put his idea to wider markets.

Only after many late night phone calls and arduous meetings with bankers stewing over profit trajectories, projected first years profit returns; then protracted consultations with import haulage companies did he finally secure his backing. After one tough year planning, small premises were bought in India, Latin America and West Africa. The banana chips would be grown and prepared in these premises, then delivered throughout the first world first rate supermarkets of the European Union and the North American Union. With this success, he realised that ultimately, his dream would be for the new banana form to eclipse the old banana form, forever.

The man became wealthy very quickly. Contracts came far and wide throughout Europe. He was hailed throughout many parts of the fruit and vegetable industry as an innovator in produce consumption. He aims to do the same with carrots, parsnips, and perhaps even architectural structures: monuments, obelisks, lampposts, war memorials. Bring them all down. ’ The phallus is not a sign of male domination but of masked homosexuality’- his maxim.

This has been a short history of the banana and the man who changed its shape. His name is William Shepherd. He remains a wealthy bachelor, now lives in Hawaii and works between the U.K. and India. William Shepherd is now lobbying members of the UN to pass legislation restricting the sale of imperfectly shaped fruit and vegetables across Europe. His company, banana republic, is one of the largest producers of sliced and dried bananas on the world market.
Posted by McGuire at 12:40 pm 7 comments: