Love about all those couples. 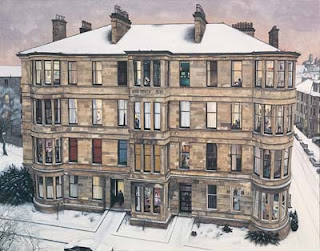 WINDOWS IN THE WEST - Avril Paton

-You told of the boy who only understood language if it was sung to him, he didn't last long, and he never found love, no one ever sang to him, lived alone.

-And about the couple who treated each other like flowers and watered and fed each other and trimmed their hair and spoke in bright inspiring ways that are meant to make plants feel.

-the couple that smash glass for the sheer beauty of watching the shards bursting all over the place like a flash of light.

– the couple that play Bach Pavane Beethoven and gargle fresh cool water before they kiss.

– who pick flowers then lay them over the bed and lie on the bed and smell the pollen and become limber and lithe.

-the couple who try to speak while kissing, lost in tongues, always muffled, always open to interpretation, always passionate.

– or the couple who would drink hot chocolate naked and then fall asleep in each others arms.

– or the couple who sat face to face and looked into each others eyes without saying anything for an entire evening.

– or the couple who would each confess carnal hatred and sickest most darkest perversion, divorce then re-marry every night in their minds and make love to music it was claimed could wake up a Nation.

– or the couple who undressed each other then redressed then undressed until the pressure had burst and they fell into bed hot and ravenous for love for hot sweaty bestial love.

- or the billions who fall into bed mundanely , side by side, flatulence their only night time song, snoring and drooling their only resting poems, who woke up and knew it was all about compromise. They kissed sincerely but like franking a business letter.

- or the undercooked lovers of delusion, who knew each other only as parts of themselves, Siamese and definitely dependant, on the surety of another life, prison close in marriage, loving and wild for loving, but ultimately tied up together; in search of light houses or under ground tunnels.
Posted by McGuire at 1:42 pm

Bright inspiring ways that are meant to make plants feel...

We do that when we're happy.

This made me wonder if you know these couples empirically.

Many of them yes, based on people or situations I know, or embody these qualities some quite literally others mere possibilities. But more generally, these are windows of a love inferred, of couples observed and boldly characterised with eccentric modes of love/behaviour.

It's quite sprawling think I need to shorten this further.

Thanks for taking the time, Starlene. :)

whoops!!
am on your side big guy!!
sorry
read my comments on yer previous blogs!!!
have i offended u??
didnt mean to!!!
am not a poetry man but most of your stuff. like your honesty
like the truth

Barman, calm down, I have no problem at all with you, I don't know what makes you think I have.

sorry McG. far too much whisky and beer last night. gonna have to cut out these mad mondays!!!!!

Nicely structured. I like the way it moves from one to billions and also the way the paragraphs get progressively longer (more or less). I do think the paragraphs containing 'Bach' and 'pick flowers' should be combined however to keep a uniformity of structure. Now, is this a prose poem?